Longreach Leader out of action

The Longreach Printing Co announced that the paper was forced to close down due to lower ad revenues and more weekly losses as a result of the pandemic, as well as no applicants coming on board when new job openings were advertised.

However, they are considering a full restructure in case conditions improve to warrant reactivating the newspaper.

As such, the Leader’s farewell issue was released on 15 October. Leader Group editor Morgan Burley has also stepped down as the Longreach Leader’s editor.

The Longreach Leader has been in circulation since 1923.


Please note that Influencing is used EXCLUSIVELY by media and influencers, as well as professionals who manage marketing and communications within their organisations, so we need a work email address.

The pandemic has taken a toll on 2SER 107.3 with news director Geoff Field being made redundant after four years with the station.

Field has spent more than four decades in the radio industry, most notably working at 2DAY-FM for 18 years during which he worked on the Kyle & Jackie O Show.

During his time with 2SER he trained hundreds of journalism students from UTS and Macquarie University, with 70 of them going on to jobs in the media.

Field said he was glad to have trained so many students after beginning with 2SER in 2017.

“It’s been a privilege to teach so many talented students, not to mention being part of a radio station with such an important legacy in Sydney,” he said.

He received four ACRA nominations across his career for Best Metropolitan Newsreader and said he was taking some time off having spent more than 25 years working on breakfast radio.

Keep up to date with Geoff on Twitter, @GeoffField.
READ THE FULL STORY

The ABC has added more than 50 regional journalism roles following media agreements with Meta and Google.

Pushed through by the News Media Bargaining Code that was passed by parliament earlier this year, the two technology giants entered into voluntary commercial deals with media outlets.

ABC managing director David Anderson said the decision was made early on that the money from these new commercial deals would go into servicing regional communities.

“We decided at the very start of these negotiations that any net revenue we received from these deals would go where it is needed most – and that is in regional Australia,” he said.

“We want to provide greater coverage of regional stories in areas that are under-served by the media or are in news deserts. Extra regional services are a great way to start 2022, our 90th year, and this announcement is fitting given the ABC’s relationship with rural and regional Australia over those nine decades.”

Having spent 2021 working at Australian Community Media, Tallis Miles has moved across to The Weekly Times.

Miles began with ACM in January this year, working as a journalist across regional Victorian papers Wimmera Mail-Times, Stawell Times-News and Ararat Advertiser.

He recently graduated from Monash University with a Bachelor of Business and a Bachelor of Arts, interning at the Herald Sun and the ABC during his degree.

Miles will continue to cover regional Victorian news at The Weekly Times.

You can keep up to date with him via Twitter, @tallismiles10.
READ THE FULL STORY

Producer of ABC interview program Conversations, Michelle Ransom-Hughes, has left the public broadcaster after 14 years with the show.

Ransom-Hughes made the announcement via Twitter, saying she was heading off to work on her own projects.

She joined the ABC as a producer for Conversations in 2007, and has been with the program ever since. She also completed some work as a producer and reporter for the ABC’s non-fiction podcast Days Like These during 2021.

Outside the ABC Ransom-Hughes began as a sessional lecturer at the University of Sydney, while starting Alongside Radio in 2016.

She is continuing to run her Oh My Dog podcast series at Alongside Radio.

Ransom-Hughes is open to work, you can keep up with her on Twitter, @ransomhughes.

I finished with @abcconvos yesterday after being there for approx 1 million years. It's not lost on me how lucky I was to stumble into what was then a small show made by two people of rare talent, and that despite me knowing nothing about radi

Executive producer of the Neil Mitchell show on 3AW, Heidi Murphy, has announced she will be leaving after eight years in the position.

In a Twitter thread she stated she had completed her final editorial meeting for the show and this morning’s program was her last as executive producer.

Murphy though, said she would be remaining at 3AW, continuing to appear on Sunday Mornings while also dropping in to cover Tom Elliott’s drive show.

Prior to her role with Neil Mitchell, Murphy worked as a weekend news reporter for Weekend Today. Before that she held various news reporting roles across 3AW, Nova 100.3FM, SeaFM and dmgRadio.

Keep up to date with Heidi via Twitter, @heidimur.
READ THE FULL STORY

Whalan returned to Sydney this year having spent more than three years in London and the preceding four years in Washington DC.

He started his career in Adelaide, writing for local South Australian National Football League club the Port Adelaide Magpies before shifting to television with the Seven Network in 2012.

He headed to Washinton in 2014 as a freelance reporter with Seven, also contributing to ESPN, an Australian NBA podcast, working for two non-profit organisations, and then beginning with the ABC in 2016.

Stay in touch with Roscoe via Twitter, @RoscoeWhalan.
READ THE FULL STORY

Kachor made the announcement on LinkedIn, saying she would soon be getting involved in some new projects.

Before shifting into features, Kachor was a network producer, finance editor, and a news and finance reporter with Nine, starting with the outlet in 2014.

Prior to that she was online editor for Benchmark Media and also worked on Morningstar outlets InvestorDaily and IFA Magazines.

Keep up to date with Kate via Twitter, @KateKachor.
READ THE FULL STORY 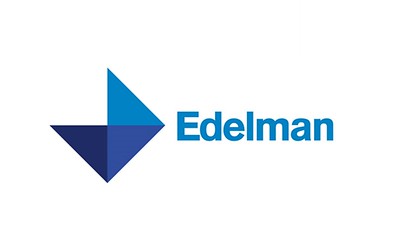 Andrew Thornton is the new Australian Marketing Institute board chair